skip to main | skip to sidebar

Lifting the lid on Roman secrets

ARCHAEOLOGISTS have lifted the lid on a second coffin discovered at a dig site in Newcastle.
Two Roman stone sarcophagi were uncovered on land earmarked for development.The 1,800-year-old sandstone coffins are the first such find – and arguably the most impressive – in the area for more than 100 years.They are thought to have been used to bury members of a rich and powerful family from the nearby fort of Pons Aelius.One tomb contained the poorly-preserved skeleton of a child and the second sarcophagus held the remains of a female.They have been removed from the site by experts from Durham University.Other discoveries in Forth Street include cremation urns, a cobbled Roman road and a medieval well, the remains of the foundations of Roman shops and workers' homes, and the remains of flint tools from Stone Age hunter-gatherers.All the finds from the site will eventually go to the new Great North Museum in Newcastle, where the sarcophagi will be preserved for the public to see.
The full article contains 179 words and appears in n/a newspaper.
Publicado por Semíramis en 5:35

The Osirion at Abydos (Abtu) 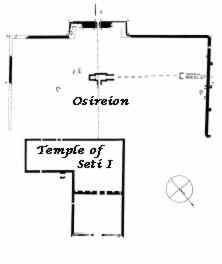 ScienceDaily (Aug. 11, 2008) — Ruins of a Roman temple from the second century CE have recently been unearthed in the Zippori National Park. Above the temple are foundations of a church from the Byzantine period.

The excavations, which were undertaken by the Noam Shudofsky Zippori Expedition led by of Prof. Zeev Weiss of the Institute of Archaeology at the Hebrew University of Jerusalem, shed light on the multi-cultural society of ancient Zippori (also known as Sepphoris).

The discovery indicated that Zippori, the Jewish capital of the Galilee during the Roman period, had a significant pagan population which built a temple in the heart of the city center. The central location of the temple which is positioned within a walled courtyard and its architectural relation to the surrounding buildings enhance our knowledge regarding the planning of Zippori in the Roman era.

The building of the church on the foundation of the temple testifies to the preservation of the sacred section of the city over time. This new finding demonstrates not only the religious life, culture and society in Roman and Byzantine Zippori, but also that this was a city in which Jews, pagans and later Christians lived together and developed their hometown with various buildings.

The newly discovered temple is located south of the decumanus - colonnaded street - which ran from east to west and was the main thoroughfare in the city during the Roman through Byzantine period. The temple, measuring approximately 24 by 12 meters, was built with a decorated façade facing the street. The temple’s walls were plundered in ancient times and only its foundations remain.

No evidence has been found that reveals the nature of the temple’s rituals, but some coins dating from the time of Antoninus Pius, minted in Diocaesarea (Zippori), depict a temple to the Roman gods Zeus and Tyche. The temple ceased to function at an unknown date, and a large church, the remains of which were uncovered by the Hebrew University excavation team in previous seasons, was built over it in the Byzantine period.

North of the decumanus, opposite the temple, a monumental building was partially excavated this summer. Its role is still unclear, although its nature and size indicate that it was an important building. A courtyard with a well-preserved stone pavement of smooth rectangular slabs executed in high quality was uncovered in the center of the building, upon which were found a pile of collapsed columns and capitals - probably as a result of an earthquake. The decoration on these architectural elements was executed in stucco. Beyond a row of columns, an adjacent aisle and additional rooms were discovered. Two of them were decorated with colorful, geometrical mosaics. 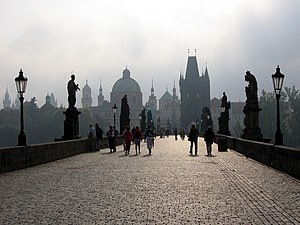